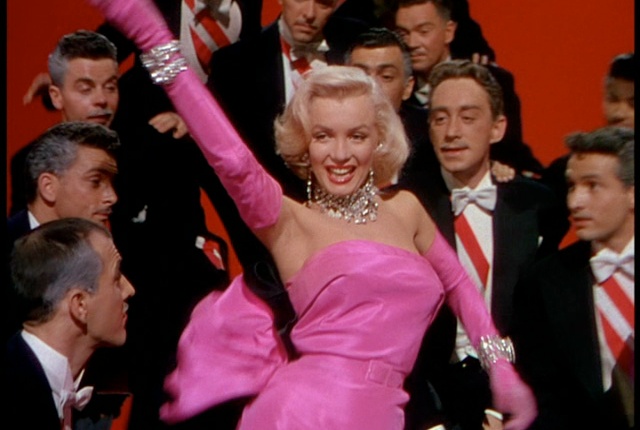 SALLY TOMATO: Some day, Mr. Fred, you take this book, turn it into a novel. Everything is there. Just fill in the blanks.

HOLLY GOLIGHTLY: Would be good for some laughs.

HOLLY: Sally, darling, you’re making me blush. But you’re right about Jack Fitzsimmons. He’s an absolute rat. but I guess, of course, I don’t know anybody but rats. Except, of course, Fred here…”

From the film “Breakfast at Tiffany’s,” adapted from the Truman Capote novella by George Axelrod

It is a story to break the heart, indeed.

Last night, I had a coffee date with a real life Holly Golightly, author Truman Capote’s famed gamine immortalized by Audrey Hepburn in “Breakfast at Tiffany’s.” Although, as I wake up to write this recollection, I now see shades Lorelei Lee, the famed blonde mantrap vedette from “Gentlemen Prefer Blondes.” Either way, I write this of two minds.

I admired his pluck and honesty when he hurled statements like, “I don’t want to work to sustain myself. I want someone else to take care of me. My mom did that. So did my grandmother. I guess it runs in the family.”

I am also saddened by the harsh reality of his worldview. It was disconcerting to see how a darker shade of self was hiding beneath those incredibly green eyes. Yet, moments occurred during our two hour conversation where it was apparent said eyes could turn icy blue with determination.

God, he was beautiful. He had this classic Pepsodent, that all-American, clean cut look reserved for those who are the physical manifestation of manifest destiny. He knew he had the power to pillage and conquer souls and grab all the riches of the land. It would happen without him ever having to do or give anything in return, a fact he made quite clear.

I was never one of those boys. I never had that power. I was the friend. The confidante. The one that went with you shopping. The one that would hold your hand and console you when you would cry or rage over the one you’d rather be with treated you wrong.  I don’t know what it’s like to wield a sexual power so strong, that men would become automatic teller machines to sustain even the most tenuous of connections. I was never the boy who looked like a teenage dream.

During the course of our time together, I had visions, strong sexual ones. How could I not? I recognized the signs from day one. His careful banter, always appealing, almost demure, was seductive. But as our conversations, or rather marathon text narratives, evolved, an edge was starting to make itself known. Sitting with him at this Starbucks at Downtown Disney, it became apparent to me he knew what he had to say to draw a man in. Shrewd sincerity always wins in the conquering game.

It was fitting that our meet and greet happened at a place where artificial beauty runs rampant and costly dreams of fun and adventure are sold. This temple of cartoon consumerism only compounded my resolve not to engage with this boy again. Clarity hit as I drove by the 605 freeway on ramp. The role models provided by Holly Golightly and Lorelei Lee haven’t lost one iota of their potency.

But I shouldn’t be surprised.

Madonna’s seductive and telegenic anthem “Material Girl,” itself a variation and homage to these archetypes, has never been more resonant than today, where a generation refuses to do the hard work or take pride in making their own success. It’s about the instant gratification of it all, of getting and wanting all you desire.

Bartering with sex is nothing new. From the moment we learn to covet, we will find the right selfie angle with which to succeed of obtaining our heart’s desire. Yet something else is in the mix when you’re beautiful of face and body. I’d like to think a high cost exists to trade one’s souls to appease a hunger for Vuitton.

Lorelei Lee exalts near the end of “Gentleman Prefer Blondes” how “a man being rich is like a girl being pretty? You wouldn’t marry a girl just because she’s pretty, but my goodness, doesn’t it help?”

It does help, Miss Lee. But when all you can do is show your price tag like I was shown last night, I realized the cost would not just be a monetary one. I don’t have the funds to become a sugar daddy for someone who may just walk away when a fuller bank account comes into play. I would never want to pay to make someone love me. I want parity. I want equality. I want to share whatever I have with someone who understands the importance of giving back and not just in a financial way.

Want to know the greatest irony in all of this? He worked at a bank.

It took me a while to fight my way to the middle in this world. I am not going to be a rich man. I’ve pretty much squandered most of the riches of my perceived Hollywood life anyway in a lifetime of unbridled spending. That emotional void I’ve fought most of my life is no closer to being filled, although I recognize the danger of giving it power. It’s a hollow space. Period. What surrounds it, however, is something that keeps me from falling in.

I tire of this app fueled world, where you swipe by thumbnail portraits of the desperate and the damned. It’s a virtual Serengeti. Here, a generation of men, predators and game, roam the space in search of something that can stave off the inevitable, even it’s just for a moment. It’s a network for the anti-social, where you trade innuendo and salacious photos in acts that approximate connection and intimacy. No one ever really wants to go beyond the chat box. Somehow, that’s just inviting the danger and risk of having to actually relate to somebody. (Side note, maybe we ain’t talking, but a lot of us are still fucking the pain away. Which may account why STD and HIV infections are on the rise.)

For a moment, I thought, “Maybe. Just maybe.” He was softening a bit, opening up more and more about his family life, later showing me pictures of his mom and sister on Instagram, which was unexpected. It was the most real aspect of our conversation, the only time I didn’t hear cynicism and contempt. Calculated, perhaps. Yet, an urgency could be heard in his voice, which would fall to a whisper. “This man,” I thought, “is lonely.” Despite the romanticism of a fireworks show in the distance, it was the spark of an iPhone 6 Plus screen that illuminated the truth — and path for my exit strategy.

He joked that he couldn’t live without his phone, a trait that goes beyond generations at this point. And quite a bit of life was happening while we sat together. He’d text and talk, talk and text. I eventually had to sneak a look, only to be rewarded by the sight of a distinguished, smiling gentleman with a beard. Older, like me. Smiling that smile of “Notice me, please,” like me. It was obvious that the Teenage Dream was hedging his bets alright. I was one of a group.

One final boom filled the sky and we began our walk back to our cars. He said he always loses his car in the Disneyland parking lot. Once found, we hugged and he allowed for three tender kisses on the lips. As he turned away, he asked, “Text me” in a voice laden with promise of future heavenly delights. Or maybe it was just polite indifference, the voice we use when we know won’t ever speak again.  Either way, I couldn’t really listen anymore.

This “date” cost me $29: $18, parking. $11 for two lattes, one with sugar and one without. But one thing is certain: his story will ultimately break his heart.

Written and posted from Wayne Avenue Manor on Sunday, December 13.