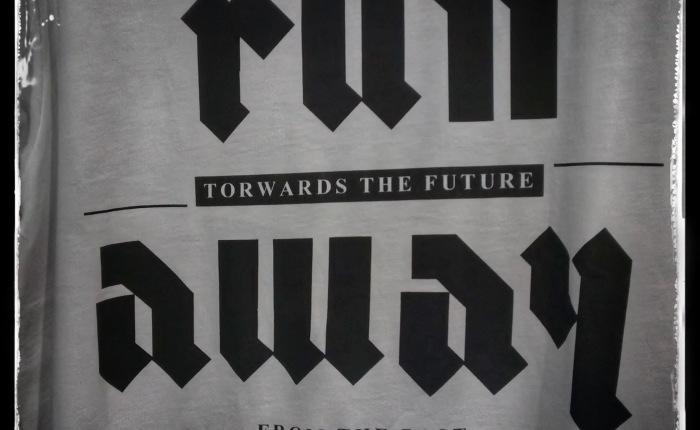 Quite simply, Spain has claimed me again.

After nearly a year of stewing in my own emotional juices, all lacking flavor or color, I plotted a course back to the place that helped me flourish with a steady rain of words, images and clarity. Of course, that sense of nervous expectation whch has been my lifelong travel companion also made a point to book passage along with me. Yes, I am fretting about a lot of things on this trip. In fact, the most liberating moment of this vacation was the first 24 hours, when I had no real way of communicating on a phone. For that first travel day, I had zero compulsion to reach out and touch anyone. I uploaded one photo onto Instagram to show people that I cleared the first hurdle by getting to the American Airlines gate at the Tom Bradley International Terminal and that was it. I haven’t had much inspiration to write since arriving in my glorious Spain. But that changed when I finally arrived in Salamanca. It was here where I found a narrative point, a glimmer of an idea, something that I was hoping would happen.

Primer misterio: Making a beeline to the Plaza Mayor, it was hard not to hold my breath. We’re told we can’t always go back to the sites where we experience profundity and change. The first thing I noticed was how easy it was to fall into step with the city again. It was the hour prior to “La Cena.” Siesta was over and that familiar symphony of families, friends, students and other branches of humanity reverberated off the cobblestone streets. And then I saw it. La Plaza Mayor. While it wasn’t a clear path anymore, even the construction of a stage in the middle of this perfect storm of Spaniards and everyone else could not prevent the flow of tears I let loose.

No cliches about “being home again” need apply. It was a wave of relief and realization. My slow emotional suicide of depression, poor health and familial woe had not cocooned me entirely after all. I will admit that I had some misguided notion that what I was really trying to accomplish was a remix on the “Shirley Valentine” tip. That was painfully obvious in the first days, when my awkward attempts were greeted with a tender pat on the arm, as if saying, “Oh,  you’re sweet” in that manner we reserve for a pet. It is Wednesday now. Raining. Early morning. And I think I am starting to piece together what the true meaning of this trip is meant to be. I’m older than Shirley now. She was in her early 40s. I’m staring at 50 from the other side. No, I am not traveling alone this time. Yet, I find that his “jolly holiday” is still a journey towards self-discovery. I am leaving a few things out for now as this entire chapter is really just a prologue, you see.

Spain, rather Salamanca, was a generous well of inspiration for me in 2014. I don’t know why I keep reaching for my damn phone, constantly scouring Facebook and Instagram, trolling for likes and comments because my ego is a bit compromised at the moment. Staring up at the ceiling in the dark, it just happened. “I am in fucking Spain! Joder, tío!” So, here I am, dipping my toe into these waters rather gingerly as I am not sure what makes sense to fit into this space right now. All I know is that I am compelled to start composing a few sentences because I felt the need to say something already.

Segundo misterio: I’ve been walking with purpose again. I feel purpose again. More, I am finding the joy in smiling in between the pockets of “OMFG, what am I doing here?” Maybe it was the agua de Valencia that made me drunk on a moonlit beach? Maybe it’s the jet laggy effects of all the planes, trains and automobiles it took to get me here?

Tercer misterio: The first image I took upon arriving in Salamanca was of a door, the entrance to the house of la señora Manoli, whose home was ground zero for the many epiphanies I composed for this diary. A lot of emotion detonated in that apartment during that summer of 2014. While I write today with this longing for a single kiss, I think about a quote I tripped across while idly perusing the internet on yesterday’s long train ride from Valencia to Salamanca: “Hay que ser un cabrón con buenos sentimientos.” Or “You need to be a bad ass motherfucker with good intentions or feelings.”

Yes, Spain has claimed me again, in all its brusque wonder. Could this introspection have happened anywhere else? Perhaps? But, where I’ve been standing of late, being that bad ass m’f’er with good feelings has been a Herculean task. I know I was that before. Somewhere along the way, like so many of us, I became afraid of that strong sense of focus. I confused it with being reckless. I made myself blind because I didn’t like what I was seeing on the daily. I can’t do that anymore. I can’t expect to have so many second chances anymore. As of this moment, I have loosened to tap to let “los buenos sentimientos” flow again. The pipe works are a little rusty, of course. Now, let’s see if I can throw the tarp off that old “cabrón” again and see what happens when I let him roam free for a spell.