So, I’ve hit my first brick wall, the dreaded plateau stretch. It’s the phenomenon that occurs when you just can’t seem to drop another fuckin’ pound. Of course, maybe it would help if I moved a bit more instead of just rising from bed, going to work, returning home and going back to bed. It’s taken a lot of my will to just do the Lean for Life program. The idea of regular exercise is just that, an idea. When I’ll start to do more than walk a few miles is something I grapple with daily. But, I then remind myself, “It isn’t a sprint. It’s a marathon.” Then I want to punch the wall itself, wondering why I embarked on this journey again in the first place. It’s a dance I know all too well and even my sturdy legs are starting to resist the choreography a bit. To bend, but not capitulate. That’s my truest self.

I guess I have been a wee bit on edge of late. Temptation is staging a sit-in on the steps of my brain. I keep mulling overeating behaviors that I know are bad for me. I dream of pizzas and orange tabby kittens. I dream of cheeseburgers and those solitary runs to King Taco. I recall when I would wake up and see the empty wrappers and bags from the items I would consume during these food binges that would last for days at a time. The feeling of being an addict would then seep into my already beaten down conscience. I would chastise myself endlessly, determined to not do it again, but it would without fail that same night. I could never help myself. It is like daring myself to reach the lowest possibly point, just to see if I could.

Rotating through this vicious and destructive cycle is on par with total madness. The number of lies you will tell yourself to validate an addiction will mount exponentially to the point that you can no longer tell the difference between delusion and truth. You fail to see the damage you’re causing since it isn’t necessarily visible, but it is being done without mercy. The full impact of consequence is only felt when you reach a crisis point. Sometimes you can turn it back and be saved. Sometimes it claims you.

I think about the tyranny of a society that preys on the weak who grapple with issues of perception and maintaining a certain social status.

I think about the tyranny of a media culture that preys upon the insecure by shaming their body types or finding fault with their ability to cultivate an “appearance.”

I think about the tyranny of an administration that prefers lies to the truth to keep their tenuous hold on our country, callously deconstructing our hard-won democracy under the cynical guise of “Making America Great Again.”

The temptations we face, both with our bodies and minds, are an eternal struggle for many. It is a real tragedy that our places in the social hierarchy dictate what we are able to consume. Fast food exists because it is cheap and easy. It is consumption at its worst, disregarding the basic rules of nutrition because it knows people won’t fight for something better. That takes knowledge. That takes real money. Good health requires certain resources and patience to sustain and a lot of us can’t be bothered to look away by the quick fixes and band aids we seek to make our lives easier.

Fast food is a lie. We know the truth about what will elevate us and what will kill us in terms of what we put into our bodies. I’ve accepted this lie for years, giving it strength because I was weak to face it with any resolve. Tyranny takes many forms and after years of bubble and self-absorbed living, we are finally using terms like “resist” and “persist” again. And meaning it.

Dr. Martin Luther King’s daughter, Bernice King, recently posted a list of things we can do to counterpunch the tyrannical regime of #45. It has been making the social media rounds and it is being picked up by certain media outlets, too. In some ways, the rules apply to all things that dare tear us asunder:

We are complicit in our silence. We must feel the power that comes from the support of people we love. We must avoid helpless and hopeless talk. We must keep our messages, the ones we say to ourselves and to the people around us, positive. This is the power to be found in resistance and rebellion, to eschew the rhetoric that is not good for anyone. This is how we push through the plateaus of complacency and stagnation that do not allow us to shed the weight dragging us down. This is how we emerge strong, victorious and healthy in the purest sense of these words.

This is how we save ourselves. 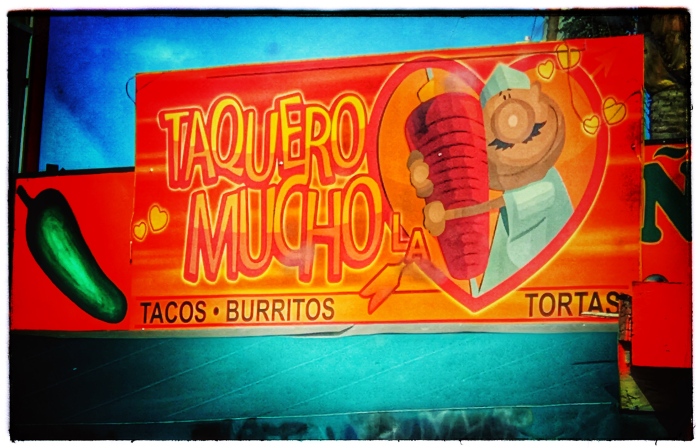