Some days, not as often mind you, I do wish I was a different person. Someone taller, thinner, younger, wiser, the usual litany of superficial and cosmetic “wants.” I will admit it was an obsession of mine, creating a false self to win others’ approval. I’d also project an image of myself built on other’s expectations or perceptions. That’s a lot to admit, but I’m a lot better about it now. Still, if left sitting in traffic long enough, those old ghosts like to visit me. That’s what I love and hate about this particular track from the Eurythmics 1987 release, “Savage.”

Hearing “Beethoven (I Love To Listen To) today made take pause. The song, and especially, the Sophie Muller-directed video remain a one-two punch in my mind. This confession of a bored and frustrated housewife, who represses her true self until the song’s end resonates with and motivates me for different reasons today. I loved the image of “housewife-turned-harlot” then. Now, I see the harlot of a symbol of freedom and color. For a moment, on the streets of downtown Los Angeles, I felt an exquisite sense of truth as I sang along with La Lennox. I’m not hiding any part of my true self anymore, even on the days I lose my focus and strength.  Then a car horn rang through, breaking me from my blonde-wigged reverie, moving me along to the destination ahead.

You think you know just what you want but you have used that weapon against me.
Did I tell you I was lying by the way when I said I wanted a new mink coat?
I was thinking of something sleek to wrap around my tender throat.
I was dreaming like a Texan girl. A girl who thinks she’s got the right to everything.
A girl who thinks she should have something extreme. 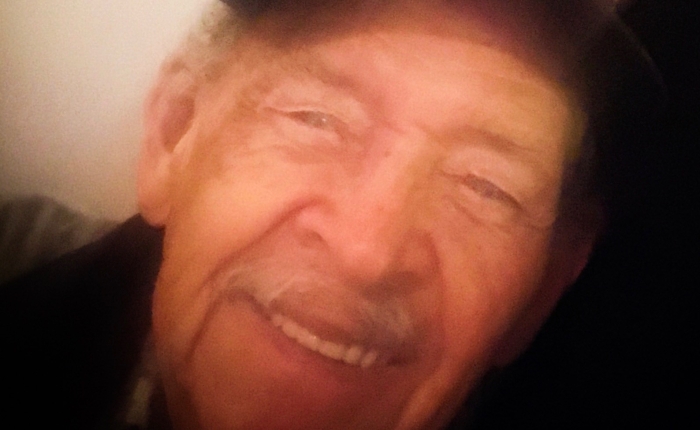 “Too many people in this room,” he thought. “Again.”

It was getting late. 6 pm, to be exact, everything would shut down at the factory.

The sun going down was the best alarm system ever devised for Dad. It meant quiet would be restored. It was the time when he felt most relaxed, when the world, his world, was in order. Dad sensed someone approaching. He prepared for impact.

Dad instinctually knew which of his smiles to engage.

He had quite the array of smiles in his arsenal; some were broad, others were veiled politeness. They were never fake or insincere. This one smile was one of his most appreciated because it had genuine warmth, even if he didn’t quite know the source of its heat.

Dad also learned a while ago that speaking in Spanish was always the best way to keep contact with short.

“If you gave them too much,” he reasoned, “they’ll stay too long.”

Communicating with people was never this hard, or maybe it was? How long had this been his “new normal?” Everything felt so hazy these days as if his mind was processing photocopies with very little ink.

Sometimes, the images before him (memories?) were shockingly bright, with each color pushing its vibrancy to the limit. It was then he couldn’t help but smile. He could see his world so clearly, shapes and figures that felt so familiar and real. Most of the time, he witnessed an expanse of grey that threatened to dominate everything. Not today, though.

Dad used to miss the “beautiful noise,” as he’d called it before he got “sick.” It still happened from time to time, and he recognized it.  That once beautiful din was often too loud now, and it scared him, something that had never happened before.  For Dad, this human tidal wave of sounds, letters, and languages pulled him under without a floatation device.  He couldn’t begin to sort it out, taking his breath away when a room full of people reached its audible peak.

Dad was well aware something was wrong with his brain. He’d known for some time that things were off. Mom was still a mental constant, as was Sis. They offered him two of the few respites from the long days waiting for “quitting time” to arrive.

“This one was more excitable than the other,” Dad thought. Still, something in her face made him feel the need to offer more than one of his pre-fab smiles.

Of all his Old World manners and gestures, the hand pat was his most friendly, the one he only used with people that meant a great deal to him. Perhaps the criteria had slipped a bit of late, but the importance of it hadn’t waned. Not yet, anyway.

More people arrived, breaking his repose. Suddenly, Dad’s leather lounge chair felt like a steel trap. He wanted to leave, but where?

“I know I’m still me,” he thought. A surge of emotion was rising in his brain, a lava-like substance that took very little time to heat and explode.

“He’s going to start kicking people out!” Someone else added.

He didn’t feel sure about who everyone was in the room. His eyes darted furiously about the den, desperately trying to find the familiar faces of Mom and Sis, but they weren’t around. That made him panic ever so slightly, the color of his eyes shifting from their charming hazel shade to something foreboding and stormy.

“Hace mucho ruido! Tanto ruido. Chingados!” Dad said to no one in particular.

For the record, Dad NEVER swore. In any language. But a long-buried archive of Spanish language profanities had since been unearthed. All bets were off as to when Dad would decide to access it.

“It’s so much better when it’s quiet. Don’t these people know?” he heard from within his fussy and uncooperative mind.

It felt like these words were tumbling forth. Dad could feel his mouth moving, forming a declarative sentence that could restore order, but it was futile. Even if he did manage to say something, it would not have been discernable to anyone. All they would hear was a defeated sigh from the man they came to visit and love as he settled deeper into the isolating safety of his leather armchair.

Driving through the streets of Los Angeles is like watching a mini-documentary that changes on the daily.  My morning commute, like so many others, will dictate my mood for the day.  You have to brace yourself for the world moving before you, whether pedestrian, motorist, bicyclist, scooterist or whatever is using more than two feet.  It can be inspiring, enraging, hilarious, tragic, surprising, or a combination of all.   If I didn’t have my scores of iTunes playlists (no Spotify for me), I don’t know what I’d do to stem the surge of emotions triggered at every stop light or freeway entrance.

I was making my way through Koreatown today when a track from Cyndi Lauper’s 2008 album release Bring Ya to the Brink broke free from the archive of songs on my iPhone.

“Set Your Heart” is a classic disco homage, featuring lyrics that ring true to what I’m feeling these days, propelled by a beat that makes you want to dance as if no one is watching you under a mirrorball. I played it five times in a row, smiling a little broader with each fade out.

Music may not always cure what ails you, but it sure helps a brother out in his time of need.

Play it loud. Play it proud.

I wonder what tomorrow’s soul soothing track will be?

Said you can’t say much about today
Just that dark cloud coming back your way
And that your dreams are all worn thin
Well, you better stop with all that talk
Before it all starts happening

When your heart is beating black and blue
And the old world’s knocking down on you
And you’re starting to become unglued
Don’t go there, come on, you know i love you
Set your heart free [Repeats]