Sometimes he’d sit at his desk and listen to old Barbra Streisand songs. He’s not even a real fan. He’d play and replay tracks like “I Stayed Too Long at the Fair” or “When in Rome” or “Gotta Movie” because he’d feel transported. Inspired, really. Those early tracks, when La Streisand was only starting her journey to becoming the multi-hyphenate “Barbra,” underscored his own life as a single gay man of substance.

It sounds so grand, being dubbed a “Single Gay Man of Substance.” Somewhere Barbara Taylor Bradford is probably rolling her eyes with lady-like grace. Apologies to Ms. BTB., but “substance” does read better than “of a certain age.”

Music is supposed to be able to cure what ails you, or at least give you a respite from whatever malady you’re hosting on a given day. He believed in having a soundtrack for life, creating and endlessly revising playlists from his iTunes account. He couldn’t get down with Spotify or Pandora or Apple Music. He felt such sites were for the cheap and lazy to curate a library of dearth and nuance. No, he’d pour over his favorite tracks endlessly. Naming the playlist was the first step. 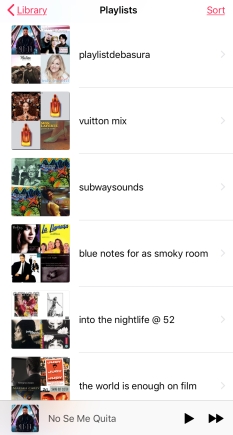 Their names were variations of themes, tracks, and fragments of triggered memories. The songs always remembered when he couldn’t bear the weight of a certain romantic memory. Lately, the music was giving him reasons not to feel so scared to put himself out there again, of falling for someone else again. Still, every dating failure was like hitting a cue and he was back at square one.

Had it really been nine years since the break-up, of which two splits occurred, with the Nashville Boy, the dreaded Ex? The distance between went from goodbye to wide chasm in the end. They rarely spoke anymore. A void existed where love and affection were once traded without conditions or struggle. It all happened so fast. Were they ideally matched? Probably not? He couldn’t even answer that question with any certainty. If you want to continue the thread on distance, 15 years of life experience, or a lack thereof, separated them from the beginning. He’d spent a lot of the years since their break-up picking that song apart, a deep cut in more ways than one.

That life seemed like an eternity ago. A musician himself, the Ex hovered over him like a track you can never get out of your head after someone else hums it aloud. He’d even written lyrics about him, but like their relationship, the melody seemed discordant and unstable. He couldn’t find them now if he tried, but every so often he would make that effort. He’d scour email addresses, old and new, shuffling through email monikers and profiles that once fit so well so long ago, too, but were ultimately ghosted and discarded.

It is strange, searching for threads to hold your own narrative together. People have been force-fed this idea of keeping track of one’s life together in an authentic fashion. What do you do when you see your life as a constant re-write? What do you do when even you tire of your narrative and opt to settle into a period of writer’s block? That’s how he felt these days. Blocked. Or, finding the needle stuck in a particular groove, unable to even skip to the next track. Perhaps the song does remember when, but at what point do you allow yourself to forget it altogether. Maybe the narrative will shake loose with his next playlist. He had the perfect name already: Playlist de basura.