Wife when it premiered in 2000, running off-Broadway, Broadway, and a national tour. One of the breakout stars was then 80-year-old Shirl Bernheim. 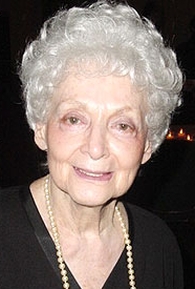 When the play was casting, Bernheim through her hat in the ring and became a fantastic anecdote in the process. As relayed by Seth Rudetsky of Playbill.com, it was quite a fortuitous moment:

“She didn’t have any Broadway credits, but she was fantastic and had her own walker. She got the gig and did the show on Broadway and on national tour.

Charles said she was “quite a character”! As a matter, after she passed away, there was a memorial for her, and her understudy told everyone that before each performance, she would check in on Shirl. The conversation would be this:

Understudy: How are you tonight, Shirl?

Shirl (whirling around): What? Are you hoping I’ll break my hip?