God, how long have I been basking in the glow of hyperbole?

It’s like I don’t know any other way to express myself or view the world. Everything to me is:

It’s all just a cover-up, really. This endless search of non-information that clutters my brain, distracting me from the narrative that I really want to express, not just to the world, but to myself. If there is anything to offer as a resolution for 2015, it is to abandon the hyperbole and focus on what matters in defined terms. Fuck these endless social media streams, I want truth again.

I haven’t been too eager to promote many entries on this blog of late. It’s been a combination burn book and teen girl journal for weeks. “This family member talked so much shit about my me!” or “Those family members had the nerve to make it all about them!” or “This date was just another Harry Houdini! Now you see him! Now you don’t!” I bet even Taylor Swift would go, “Fuck bitch. Get a new theme!”

What happened to self-reflection and understanding, to humor and positivity?

What happened to the last third of 2014?

John Kander and Fred Ebb composed a song for Martin Scorsese’s “New York, New York” called “The World Goes ‘Round.” I’ve had it on a loop these last few weeks. It helped shape what I decided to write today, summing up exactly what sort of year many of us experienced in 2014.

And sometimes your heart breaks with a deafening sound…
Somebody loses and somebody wins
And one day it’s kicks, then it’s kicks in the shins
But the planet spins,

and the world goes ’round….

I thought a lot about what this closing blog entry of the year should contain. But, as I sit here in my bedroom (More teen girl imagery. That has to go in 2015), I find that I don’t want to replay any of it. I want to focus on the reality that the world will continue to spin — and that hope matters. 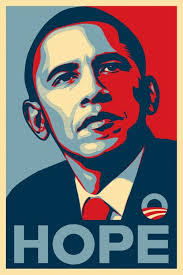 My boss Alan and I got into a rather revealing discussion about hope, an ideal my friend doesn’t seem to think exists.

Hope, like love, has lost its power. It’s a brand. It is a campaign logo.  It has been appropriated by the self-help contingent, those annoying life coaches and magazinespeak spinners. It is that blanket statement too many of us use to cover up our woes, disappointments and our other beautifully weak and frail moments. “Don’t worry. There is always hope.”

Hope, like love and happiness, takes effort. It takes work to NOT let yourself fall prey to the myriad of distractions and stupidities that dominate our daily lives. You can’t use hope blindly. Hope needs to be seen clearly. It isn’t like prayer. “I hope” is not like talking to God. You are talking to yourself. You are being your own source of faith and courage to face the challenges that we face. And the challenges, particularly at this age, will arrive with the efficiency of a high speed train.

Hope, like love, is not for pussies. And hope needs to be taken back from the legion of those wanting to cash in on our gorgeous neuroses for their own gain. Before any of us can begin to understand just how important love is in our lives, we have to reeducate ourselves in the power of hope. Where there is hope, you will find love. You will find them exactly where you left them before you let all the static of modern life cloud your own beliefs and true self.

In a few hours, 2014 will join the album of detritus that is memory. It will be relegated to the tales we tell whenever we reunite. Those who are lost, will be remembered. Those who hurt us will be reviled again, but ultimately forgiven because they just don’t know any better. Those who made us laugh, will make us laugh that much harder. And we will all be glad that we survived to tell the tales again and again.

I also found great comfort in another song, one composed by Hans Zimmer and Trevor Horn for the film “Toys,” performed by Wendy & Lisa and Seal. It features this lyric:

This is a Time to be Together
And the Truth is somewhere here
Within our love of People
At the Closing of the Year.

I spent these last months in a state of free fall. I haven’t hit ground yet, but I see it below. I have not lost sight that it is with my family and my family of friends, new and old, here and abroad, where I did find my truth in 2014.

I now love Taylor Swift more than ever. Why? Because she’s delivered a jam to make us all feel, well, Happy.

I’m sure some of you are asking, “What would a 47-year old gay Latino male have in common with a 20-something country music chick with pop music leanings?”

Easy. La Swift is the boldest artist in music today.

Granted, the “gay” part of the earlier statement is the most obvious giveaway. And yes, those who know me well know that I score my own, living fashion montages when I go out for the evening with any variety of pop gems from Madonna to Ariana Grande. (God, this blog really is too gay to function).You know the drill. It’s the same if you were holding a hairbrush as a mic and sang to an audience of one in your mirror. Except now you fire up the iPod, start pulling together the wardrobe choices, try them on, look in the mirror, stop for a dance break, lather, repeat, rinse, finish.  Don’t lie. You know you’re doing the same thing.

Well, here comes Tay-Tay’s new track, “Shake It Off.” An infectious hook, the “I could give a shit about what you think about me, Haters” lyrics, the sassy video that apes a myriad of pop culture iconography, the “Center Stage”/”Black Swan” of it all.  I mean, who the the hell is the REAL Taylor Swift? Will she please stand up? But, that’s the rub.  She is standing, towering actually, over this generation of pop divas cluttering the airwaves.

Granted, the Max Martin-produced track does sound like something Ariana Grande (or facsimile thereof) would drop. But, you only have to listen to what Swift is saying in the lyrics to know that’s she’s completely in charge of her own artistic evolution.

The Internet is aflame over the significance of Swift’s completed transition from country to full throttle, radio friendly pop. That’s not what intrigued me. What hooked me was the utter joy displayed in her strong vocals and in the awkward cool of her performance in the accompanying video. This is a young woman who is happy in her beautifully styled skin. She will gladly tell those critics where to go because she is going to “shake off” their negativity and embrace the positives on who she is on her terms.

Granted, we all can’t be multi-zillionaires with a team of artisans paid to make us look good. But, I was taken by the sights and sounds of what’s underneath, a positive message of empowering yourself to rise above the fray and shake it off. Groundbreaking? Hardly. As much as I’ve enjoyed singing about “problems,” “anacondas” and “all that bass,” it is nice to actually “feel” something for the ear candy I’ve been consuming. (Speaking of Meghan Trainor’s one-hit wonder, that video’s “dance like no one’s watching” cutaways seem like country fair sweet tea amped up with Ritalin by comparison to “everybody should just dance their own way” honesty that Swift and company deliver in her video.)

We have learned in this era of living and dying on the Internet that a fishbowl existence on any level is not healthy. People are going to have a comment about you no matter what you do. So, fuck ’em. They may be living vicariously through you. They will troll you. They will love you. They will ignore you. They will either “Like,” “Share” or “Unfollow” you. But, we can’t live to destroy or bully each other, just as much as we should not live for being validated by the other side of the spectrum.  (I write this after posting a particularly unflattering Ok! Magazine cover pic featuring Kim Kardashian. I know, I know. Glass houses.)

Swift is very much aware of the world thinks of her. She knows that as many as those fans/critics who put their names on their comments, many more will praise/attack anonymously. Thus said, the bold manner in which she takes creative risks is exciting to behold. In fact, this new look and sound is positively inspiring. Here’s an example where experience does wonders for art. It shapes narratives and perspectives, turning them into living and breathing organisms that should surprise you and everyone around you.

True, Swift chose to live her life in a public manner. She understands the importance of “giving people what they want” from a commercial sense. But I get the sense she wouldn’t keep doing this if she couldn’t give herself the artistic playing room to do what SHE wants as a musician. Which says something in this age of manufactured celebrities that allow only auto tune and stylists to speak for them. Swift puts her shit out there for everyone to see and feel, because chances are it’s our truth, too.

No matter what happens next, or what is said next, know that she’s going to shake it off and focus on what is important: To keep giving folks something to sing along with at any age without restraint for a long time.

And, if you have anything to say about this — or anything else I may post on this blog in the future, I, too, will shake it off.

Now, go be happy while I go and try on some clothes for tonight…

SHAKE IT OFF by Taylor Swift

[Pre-Chorus]
But I keep cruising, can’t stop, won’t stop moving
It’s like I got this music in my body and it’s gonna be alright

[Bridge]
My ex-man bought his new girlfriend
She’s like “oh my God,” but I’m just gonna shake it
And to the fella over there with the hella good hair
Won’t you come on over, baby, we can shake, shake, shake